When the bookshop was threatened with closure in November, three illustrators – Mercè Galí, Ramón París and Gustavo Roldán – donated illustrations to help raise funds to buy the premises. Casa Anita carried out a micropatronage project by selling 250 signed and numbered screen prints of each of the illustrations.

How was Casa Anita born?
The bookshop has been open for 16 years and it specialises in children’s and young people’s literature and illustrations, which is a complicated specialisation. In fact, when we opened it in Barcelona in 2005, there was only one other children’s bookshop, Al·lots. We started on Carrer Santa Eugènia and after five years, in 2010, we moved to where we are now.
In 2015 you ran into problems keeping the bookshop on this street.
The owner of the block sold the whole building and the tenants had to leave. We had a 10-year contract, until 2020, and we made it clear to the new owner that we didn’t want to leave. We fought it and started the Jo no marxo (I’m not leaving) campaign, which spread like wildfire.
He wouldn’t let you do workshops in the outdoor courtyard.
No one should question whether a cultural event can take place inside a bookshop. We made a lot of noise and he backed down and there was no court case. He never thought that there would be such a big reaction.
And last year the only option he gave you was to buy the place.
He first asked us for a lot of money. I guess the pandemic worked in our favour and in the end it was relatively easy. We adjusted to reality. Still, trying to get the money was not easy. The business works and is doing well but I didn’t have that much money saved. The project was funded by Triodos Bank, and the business being viable and the fact that it was a cultural and social project helped us. We wanted to fight for this place, because this is our neighbourhood and because we may not have found another place with the beautiful outdoor courtyard we have here.
How did the idea of seeking financial support through illustrations come about?
We’re very much linked to the world of illustration. We’ve been dealing with illustrators for many years and I know many of them. Three people closely linked to Casa Anita, aware that we would not have enough money, offered to donate illustrations. People had encouraged us to crowdfund, but as it was to buy premises I didn’t feel happy about asking for money. This was a different option. People were buying something that has value.
In the end did you feel liberated and vindicated?
Deep down I knew I’d stay. There was no other way. Many people said I’d earned it. It was also complicated by how this city is. Barcelona doesn’t help much. A bookshop or any business needs to have some stability.
How has the pandemic affected the bookshop?
I think the smallest and most independent bookstores are the ones that have come out best. Last year, we were able to open on May 4. And people responded by buying what they could. There’s been a lot of solidarity in the city’s local neighbourhoods. 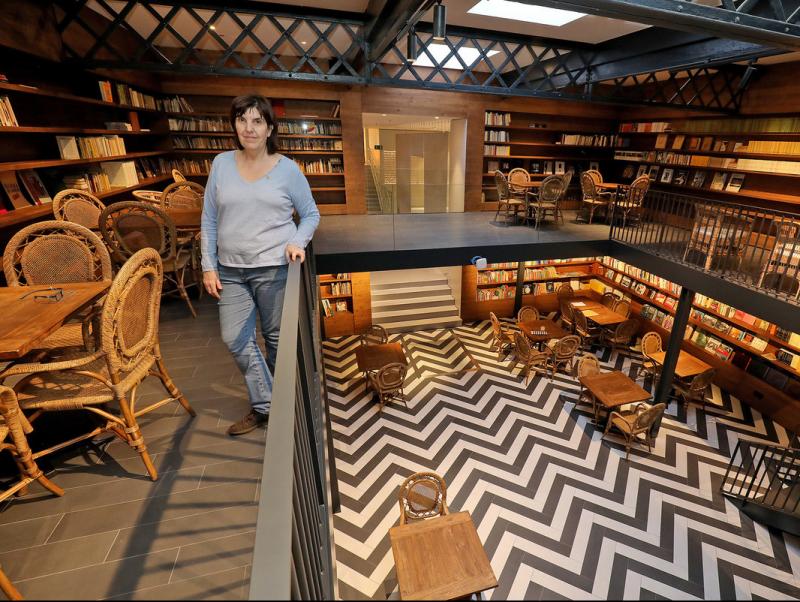 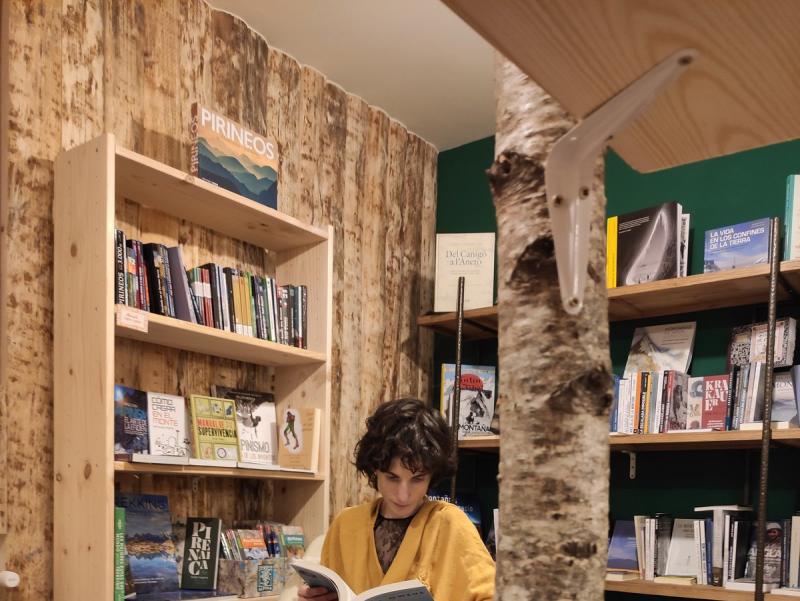